Multiple albums for a single album?

In Album view, occasionally there will be more than one album showing for a single album. These are not duplicates but divisions. 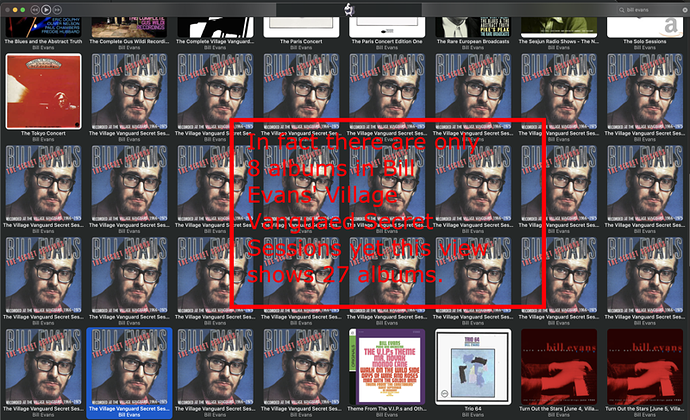 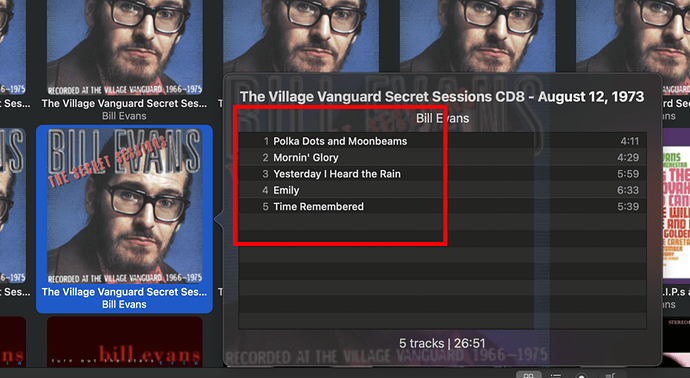 From the screenshots you posted the album titles are different (the date portion), so I’m not sure how it would be possible to detect they’re part of the same album.

Oooops. You are correct. Because of how I named each “album” on any given CD I did cause the issue. What is more maddening is most (all?) other such releases I tagged things so that this didn’t occur. I simply put the dates or other differentiating info into the track names.

Nevertheless, were there a list view all would be clear as though I named separate albums I kept the tracks per CD. In Tracks view that is so, but then there is the inability to just play one CD/album from the total list.

This stupid tagging I did wreaks havoc in Music.app too. But in Music I can select the albums in Songs>Browser and they will play as one. Still I will go back and retag those files.

Question: Will the changes be picked up by the function which keeps the library in sync with my watched folder? I intend to edit the different performance dates into the track names and so rename the albums accordingly. I will do the retagging outside of Decibel 2. Or do I need to remove them from the watch folder and D2? That is required in Music. (Grrrr, Apple. Once something is in your Music.app library you must edit within the app. Nothing you do outside with other apps will be reflected in Music.app - major PITA.)

Thanks for catching this.

Question: Will the changes be picked up by the function which keeps the library in sync with my watched folder?

I think not because the file system event stream only watches for files that were added and deleted, not modified. You can select the relevant albums/tracks in Decibel and choose Reload Metadata, though. There shouldn’t be a need to remove them.

Very cool. Hey, Apple. Would it be so hard to …

This topic was automatically closed 30 days after the last reply. New replies are no longer allowed.